Things to Do in London, Ontario 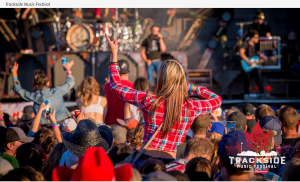 What to do in London, Ontario When people talk about visiting London, you may be thinking London, England but you really should be thinking about Ontario’s London. It has so many things to do and because it is the home of a major university (Western University), there is a youthful energy around the city that…

I never imagined I would ever be looking directly into a giraffe’s eyes, but there I was at African Lion Safari, in my car with a giraffe nose pressed up against my window. My kids were in the back seat climbing over each other to get a better view while my wife scrambled to lean…

A Great Day Canoeing The Grand

A few weeks ago a friend of mine called and told me that he and his wife were coming into town and wanted to know if I was up to doing something “outdoorsy”.    Usually I would make an excuse about it being too cold to be “outdoorsy” but with the mild spring we’ve had that…